Ok, ok, I know this post is way beyond late because we’re already in the midst of October, but bear with me. It’s been a while since I’ve posted anything about anime and I felt it was about time to catch you guys up with what shows I’ve finished. 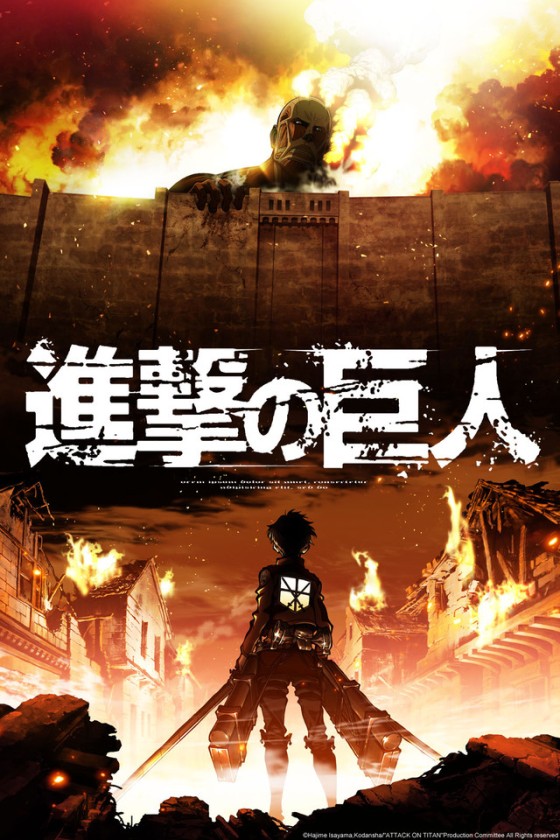 If you don’t know this anime just by looking at this picture, then I am virtually slapping you through your computer screen. This mighty fine piece of epicness is Attack on Titan, or Shingeki no Kyojin. I’d argue hands down that this show literally took the crown for “Best Summer Anime”… EVER. Usually when I hear a show has a lot of hype I’m normally that person that tries to stay away from it for the time being, but with the amount of positive feedback I kept hearing about AoT, it was impossible NOT to watch it. And I’m really glad I did.

So quick synopsis: The setting is this post-apocalyptic world where humanity resides behind three walls – Wall Maria, Wall Rose, and Wall Sina. And for a century, humankind has lived peacefully behind these walls. Outside these walls are these giant creatures called titans and they eat humans. One ordinary day, a titan breaches Wall Maria and that’s where the plot begins.

The anime follows a young boy named Eren Jaegar who joins the Survey Corps (think of this as our marines) because he has this insane motivation to kill all the titans and journey outside the walls. He experienced his mother being eaten by a titan, so he will stop at nothing until he achieves his goal. He also has his best pals, Mikasa and Armin by his side and the three of them join the Survey Corps and kick titan ass. Yeah, buddy.

That’s about all I can say without giving too much away. This anime is LOADED with suspense and action. I can’t tell you enough that every episode is just filled with crazy ass titans and humanity fighting for its life. If you’re into that whole zombie phenomenon, you’ll enjoy this. (Not that there’s any zombies in this, but it’s the concept of surviving.) So, seriously, CHECK THIS OUT! You can watch it on Hulu and Crunchyroll. Season 1 just ended, so you can literally just start the series today and be caught up with the rest of us in no time.

On another note, I was surprised to see that this series became SO popular among my dance friends. In my head, I never really mix the two communities together so it was pretty bad ass to see my dance friends so engaged in this anime. I couldn’t be more proud. 🙂 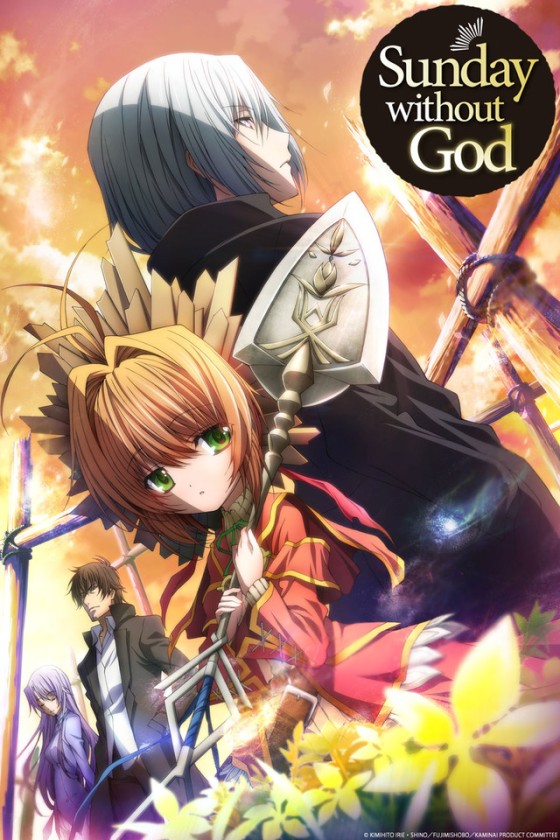 So after watching a thought provoking and intense show like Attack on Titan, I wanted to keep my mind rolling with that same intensity and I landed here. This anime is called Sunday Without God and it’s beautiful and AMAZING! It’s not all action packed like AoT, but this show definitely gets you thinking and knows how to pull at your heartstrings like no other.

So quick synopsis: God has abandoned humanity so now humans can no longer die or procreate. He did however create these humanoids called Gravekeepers that’s sole purpose is to send the deceased off into the afterlife. The story follows a young girl named Ai. Her mother passed away years before the story takes place. She was the town’s resident gravekeeper so after she passed away, the position was bestowed upon Ai. No one in her town has died since her mother, until one day when a mysterious man named Hampnie Hambart comes into town and shoots everyone.

As I’ve said, this anime isn’t all action packed and intense like AoT, but this anime will definitely keep you on your toes. The story plays so well into your pathos because each character has a deep storyline. I think what makes this story so moving is because it deals with such a heavy topic like life vs. death. Overall, I definitely recommend this to anyone who’s looking for a more down-to-earth, thought provoking show to watch. The show is only 12 episodes long and you can watch the entire series on Crunchyroll.

There was obviously a lot more titles shown this summer, but these are my two favorites that I recommend for those of you who are looking for a new anime to watch or want to get into anime. The Fall 2013 anime line up is in full effect and I’ve seen some good shit so far! Stay updated with my blog for my next post about what shows to watch this anime season.